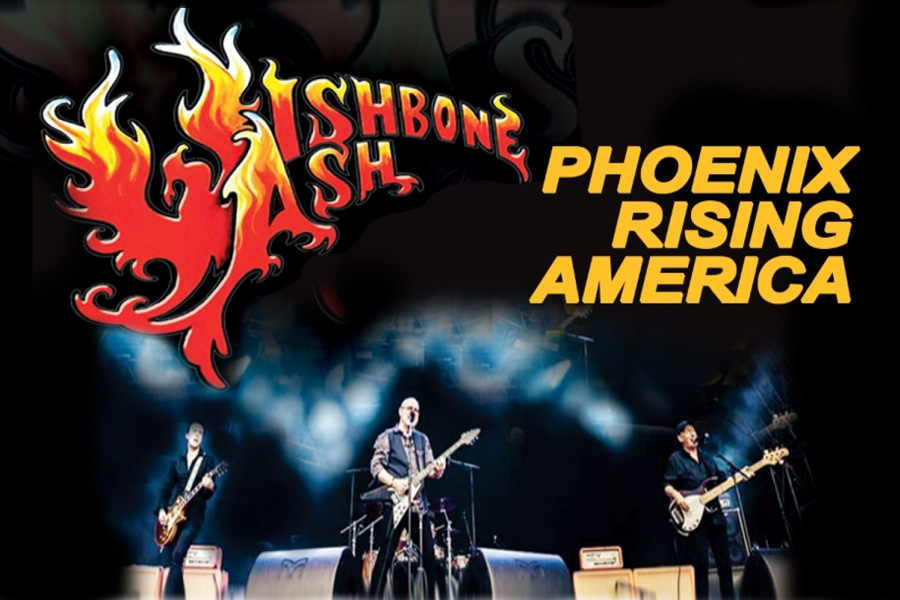 Looking back at a half century of music in general, The Beatles, The Blues Boom and Psychedelia had made their impact on Classic Rock and the creative possibilities were infinite. Pioneering the use of twin lead guitars, Wishbone Ash hit the road in 1970, opening for Deep Purple. Andy Powell jumped up with Ritchie Blackmore at soundcheck and Ritchie loved it and recommended them to MCA which led to their first, self-titled album later that year. The band quickly began headlining in arenas, stadiums and festivals throughout the world. Taking full advantage of the fertile musical environment, they produced a distinctive brand of melodic rock, readily apparent on such hits as “Blowin’ Free, “Time Was” “The King Will Come” “Helpless”, “Runaway” and many more. Power and melody have made the Ash a hard act to follow, while they are currently being discovered by new generations of loyal rock fans.

Inspired equally by British folk traditions, American jazz and R&B, the group played to public and critical acclaim. Celebrating 50 continuous years of touring – up until the pandemic, Wishbone Ash, the quintessential road band, has gained worldwide recognition, based firmly on a regime of relentless touring and recording which has fed and grown their rabid following.