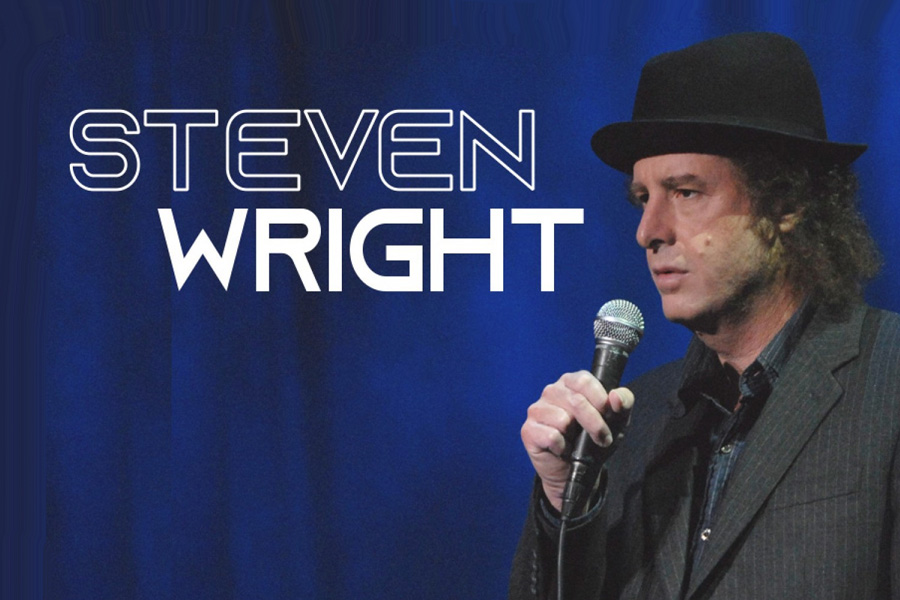 Academy Award winner Steven Wright is a prototype comedian that many others continually try to follow. One of four children, Wright was raised in Burlington, MA. Upon graduating from Emerson College and holding a bevy of odd jobs, Steven attended an “open mike” audition and became a regular performer at Ding Ho’s Comedy Club and Chinese Restaurant in Cambridge, MA.

It was during this time that Steven got his big break and was booked for his first “Tonight Show” appearance on Friday, August 6, 1982. The king of late night enjoyed the performance so much he invited Steven to appear again the following Thursday, a rarity on “The Tonight Show.” His back-to-back appearances helped put his fledgling career into high gear. The comic soon found himself performing his off-beat routines on “Saturday Night Live,” “Late Night with David Letterman,” and numerous trips back to “The Tonight Show with Johnny Carson.”

Wright expanded his comedy career to include comedy albums, film and television appearances. His 1985 debut album, I Have A Pony, earned him a Grammy nomination. In 1985, Steven starred in his first HBO Special “A Steven Wright Special.” In 1989, Steven was honored with an Academy Award for Best Short Film for his film entitled “The Appointments of Dennis Jennings” in which he starred and co-wrote. Other stars of the film included “Roseanne’s” Laurie Metcalf and British comedian, Rowan Atkinson. In September of 1990, Steven starred in his second stand-up special for HBO called “Wicker Chairs and Gravity.”

Steven has a decorated career from the early 80’s and is a regular guest with Conan O’Brien, Jimmy Kimmel and Seth Meyers and continues touring the U.S., Canada and overseas!