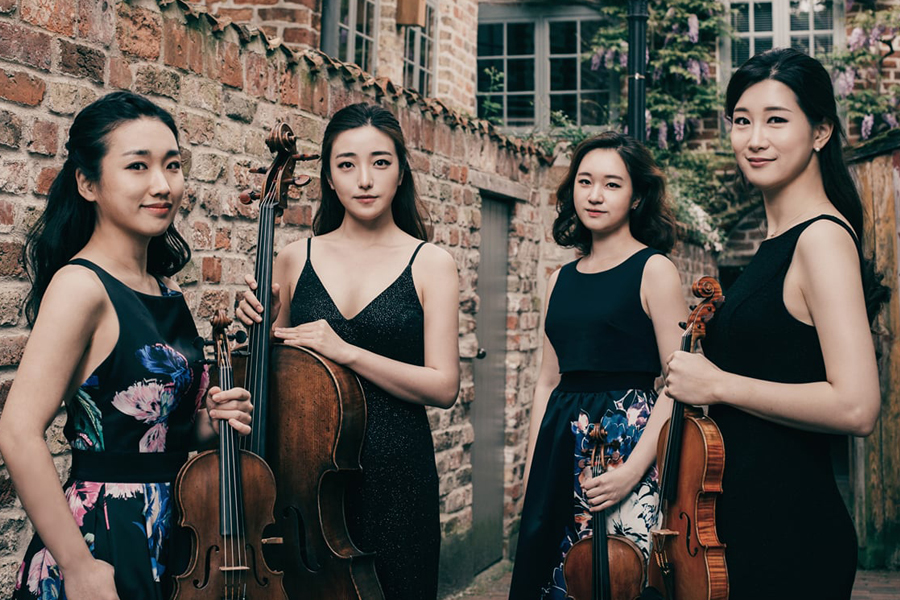 Praised for their warm sound and powerful stage presence, The Esme String Quartet was formed in 2016 at the Hochschule fur Musik und Tanz in Cologne, Germany, by four Korean musicians who were long-time friends.

They have performed at St. Martin-in-the-Fields in London, the Flagey Musiq3 Festival in Brussels, the Lotte Concert Hall, Seoul, the Lucerne Festival in Switzerland, the Festival d’Aix-en-Provence, and the Brahms Festival in Lubeck, Germany. They recently made their debut at Wigmore Hall in London. The quartet records for the British label Champs Hills Records, and released their initial CD in 2019.