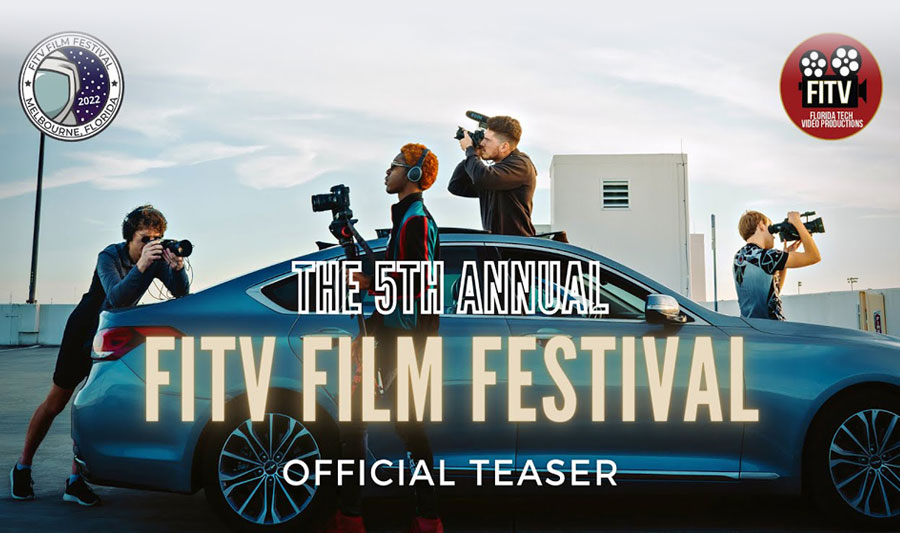 The 5th Annual FITV Film Festival will take place at the Gleason Performing Arts Center on the Florida Tech campus and online April 15-16, 2022. The free festival is run entirely by students from the Florida Tech Video Productions (FITV).

The festival begins at 7 pm on Friday, April 15, with 12 films, followed by 14 films on Saturday starting at 6 pm. On each night, screenings will last a bit longer than 2 ½ hours, and there will be three 10-minute breaks. Saturday will end with a 20-minute awards ceremony recognizing the best student and non-student films in multiple categories including Best Picture, Best Director and Best Screenplay.