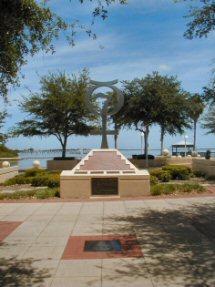 Inside the museum, located in Titusville, you will find many items and displays that have been donated by individuals, astronauts, space workers, NASA and space company contractors involved in the programs. The museum also has working consoles from Launch Pad 36A and a Model 4 Sequencer from Launch Pad 16. While honoring and recognizing all of America’s space programs and their workers, the Foundation agrees with astronaut Alan Shepard, when on May 13, 1996, he stated, “We need to remember the people who made it possible; so little is said of them.” The U. S. Space Walk of Fame Foundation’s intent is to honor and place emphasis on American space workers and others who made space programs possible.