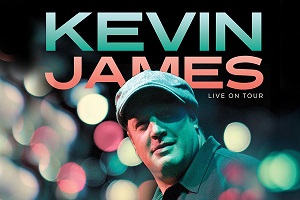 You’ve seen him in TV’s “King Of Queens” and “Kevin Can Wait”, and in the hit movies “Paul Blart Mall Cop”, “The Zookeeper”, “Here Comes The Boom”, “Grownups” and more.

Now, see Kevin LIVE as he returns to the King Center for the first time since his sold out 2013 appearance. It’s an evening of standup comedy as only he can deliver.

Catch Kevin’s comedy special “Never Don’t Give Up”, and his new series “The Crew”, both streaming on Netflix.