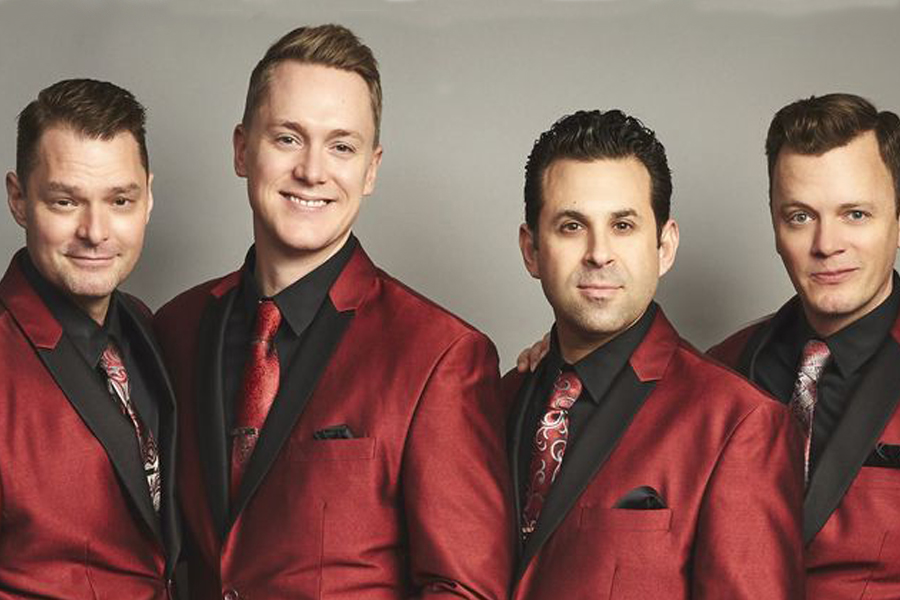 Under the Streetlamp: Hip to the Holidays

Wednesday, December 1, 2021 7:30 PM
Tickets start at $68.00
Inspired by the classic hits of Frankie Valli and The Four Seasons, The Everly Brothers, The Beatles, Roy Orbison, The Beach Boys, Bobby Darin and others, UNDER THE STREETLAMP reimagines the best music of the 50’s, 60’s, and 70’s for today’s audiences. With irresistible charm and rapport, UNDER THE STREETLAMP offers an evening of great music and hilarious behind-the-scenes tales with four critically acclaimed stars of stage and screen, Eric Gutman, David Larsen, Brandon Wardell, and Shonn Wiley. This live concert celebration features an exceptional seven-piece band composed of world-class musicians, tight harmonies, and slick dance moves that takes audiences back to an era of sharkskin suits, flashy cars and martini shakers. Broadway World recently commented that a night with UNDER THE STREETLAMP and the performers’ extraordinary showmanship is “so impressive that you might be left awestruck. No matter your age, no matter your background, the playlist offered up by the men of Under the Streetlamp will have a dizzying effect on you.”
Media inquiries: underthestreetlamp.press@gmail.com
Tags: Cultural Events in Brevard, holiday events, King Center for the Performing Arts, Main Page Carousel