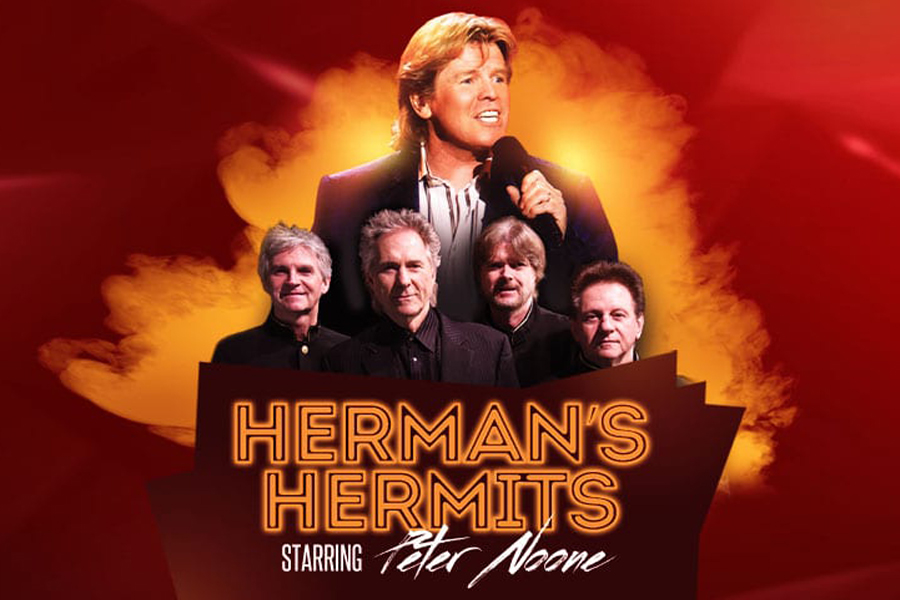 Gary Puckett and the Union Gap was one of the most successful musical groups of the sixties. Gary’s unmistakable signature voice garnered six consecutive gold records and sold more records than any other recording act…including the Beatles….plus… had top ten Billboard hits with “Young Girl,” “Woman Woman,” “Lady Willpower,” “Over You,” “This Girl is a Woman Now,” “Keep the Customer Satisfied,” “Don’t Give In to Him” and “Home.” Puckett has performed on more than thirty network television shows and prime time specials during his career and continues to tour nationally & internationally.

At the age of fifteen, Peter Noone achieved international fame as “Herman’s Hermits”, lead singer of the legendary Sixties pop band Herman’s Hermits. His classic hits included: “I’m Into Something Good” “Mrs. Brown, you’ve Got A Lovely Daughter”, “I’m Henry VIII, I Am”, “Silhouettes”, “Can’t You Hear My Heartbeat”, “Just A Little Bit Better”, “Wonderful World”, “There’s A Kind of Hush”, “A Must To Avoid”, “Listen People”, “The End of the World” and “Dandy”. Ultimately, Herman’s Hermits sold over sixty million recordings. In all, fourteen singles and seven albums went gold. The Hermits were twice named Cashbox’s “Entertainer of the Year”.