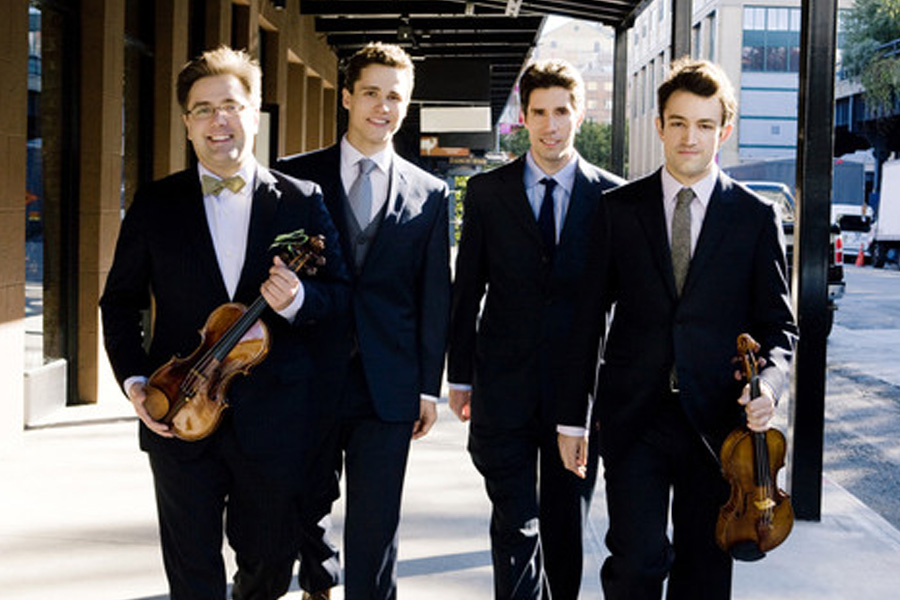 The Escher String Quartet has received acclaim for its profound musical insight and rare tonal beauty. A former BBC New Generation Artist, the quartet has performed at the BBC Proms and is a regular guest at Wigmore Hall. In New York City, the ensemble serves as season artists of the Chamber Music Society of Lincoln Center, where it has presented the complete Zemlinsky quartet cycle.

The quartet has toured extensively in the U. S. including concerts at Alice Tully Hall, The Kennedy Center, Palm Beach, Baltimore, and Pasadena. They have also made a distinctive impression throughout Europe with concerts including the Amsterdam Concertgebouw, Berlin Konzertthaus, Slovenian Philharmonic Hall, Tel Aviv Museum of Art, and the Auditorium du Louvre.

Recordings of the complete Mendelssohn quartets, released on the BIS label in 2017 were received with the highest critical acclaim. The quartet has also recently recorded the complete Zemlinsky quartets in two volumes on the Naxos label.

The eloquent pianist, Roman Rabinovich, has been highly lauded by the New York Times, the BBC Music Magazine, and the San Francisco Classical Voice. He has performed in venues throughout Europe and the United States, including Wigmore Hall, Carnegie Hall, the Lincoln Center, the Great Hall of the Moscow Conservatory, the Kennedy Center, and the Cite de la Musique in Paris.

Mr. Rabinovich is both an outstanding soloist and chamber musician with appearances at the Marlboro, Luzerne, Prague Spring, and Lammermuir Festivals. He was the top prizewinner of the Arthur Rubenstein International Piano Competition in Tel Aviv in 2008. He attended the Tel Aviv Conservatory, the Curtis Institute of Music, and the Julliard School in New York City.