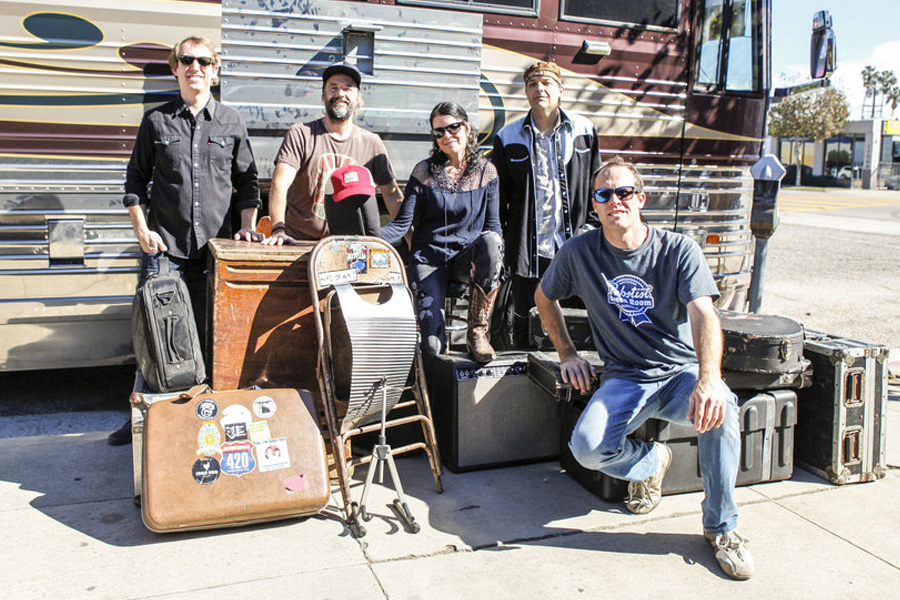 Wednesday, December 29 at 7:30 PM
Studio Theatre at the King Center
Donna the Buffalo offers everything you want in a roots band — songs that matter, a groove that makes you dance, an audience that spans generations, and a musical voice that evokes a sense of community. Donna the Buffalo draws on a lot of musical influences, from country and rock ‘n’ roll, to bluegrass and old-time fiddle, as well as Cajun and Zydeco. They are well known for their lyrics about human potential, songs of the human spirit, and an incredibly tight relationship with their fans. Dance in the Street, their first new album in five years, captures the dynamic energy that has earned the band the love and respect of their fans, “the Herd”, for thirty years.The band has played thousands of shows and countless festivals including Bonnaroo, Newport Folk Festival, Telluride, Austin City Limits Festival, Merle Fest, and Philadelphia Folk Festival. At several festivals Donna The Buffalo has become the house band for closing the events by backing up artists including The Avett Brothers, Zac Brown, Bela Fleck, and more! They’ve also opened for The Dead and have toured with Peter Rowan, Little Feat, Rusted Root, and Railroad Earth to name a few. A great concert in the intimate setting of the Studio Theatre!