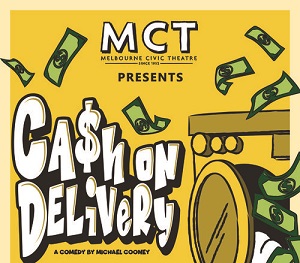 Get ready for a fast-paced British farce! A con artist has duped the welfare authorities for years by claiming every type of benefit for the innumerable people he claims live at his address. He is sent scrambling when welfare investigators show up and he is forced to prove all of his boarders are, in fact, real. A hilarious comedy full of mistaken identities, slamming doors, and a con that spirals out of control!