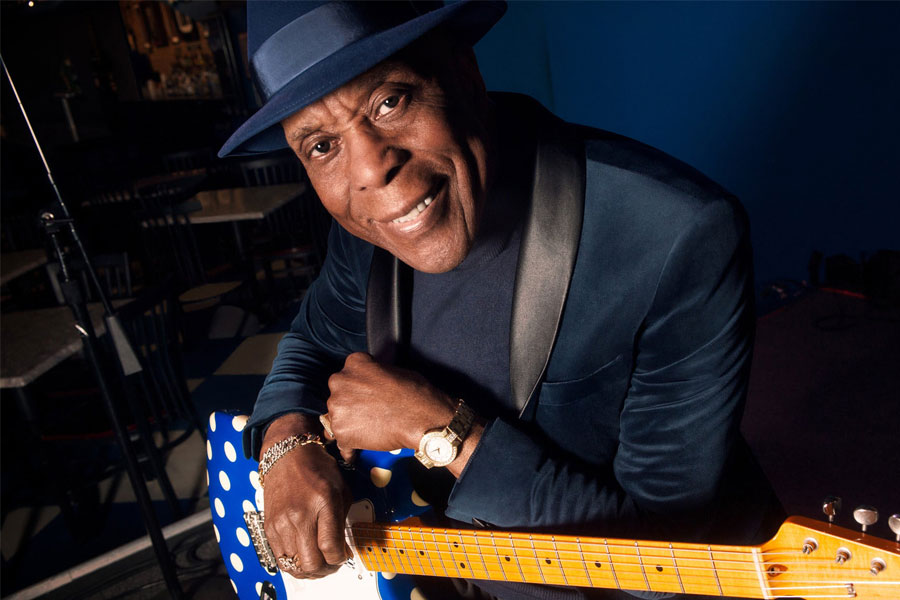 The title of Buddy Guy’s latest album says it all: The Blues Is Alive and Well. The legendary blues artist’s eighteenth solo LP and follow-up to 2015’s Born to Play Guitar showcases his raw and unadulterated sound, its fifteen tracks a true pleasure for aficionados and genre newcomers alike. “I got children and grandchildren who didn’t know who I was, but nowadays we can play outdoor concerts and see kids that are eight, nine, twelve years old coming to me and saying, ‘I didn’t know who you was, but I read what Eric Clapton said about you,’” Guy explains when discussing his mindset around the new record. “I’m always trying to make an album that someone accidentally plays where some kid hears it, picks up a guitar, and helps keep the blues alive.” And it only takes one listen to The Blues Is Alive and Well to realize that Guy’s mission has been more than accomplished here.

The record is arriving on the heels of a spate of high visibility for the 83-year-old performer: at the 2016 Grammys, he picked up a trophy for “Best Blues Album” honoring Born to Play Guitar, and that same year he hit the road for a U.S. tour opening for Jeff Beck. In addition to bringing the house down for a recent sold-out performance commemorating the closing of New York City’s B.B. King’s Blues Club and Grill, he recently appeared on David Letterman’s Netflix talk show My Next Guest Needs No Introduction. A truly restless and energetic performer, The Blues Is Alive and Well is the latest triumph in an already-legendary career.

The Blues Is Alive and Well began to come together when Tom Hambridge, frequent Guy collaborator and producer, came to the man with a collection of songs he figured would be perfect for a new full-length. “He’s like some of the older guys I used to play with,” Guy enthuses about working with Hambridge.“When you play with a band for ten or twelve years, they almost know what you’re gonna do. He’s the type of guy who feels what I’m gonna do. Even in my early Chess Records days, you had Willie Dixon and several other guys affiliated with those hit records, and this kid just has that feel too. He brought the songs in, and hopefully we did a good job.”And with The Blues Is Alive and Well, it’s clear that the music—and Guy himself—ain’t going away anytime soon.