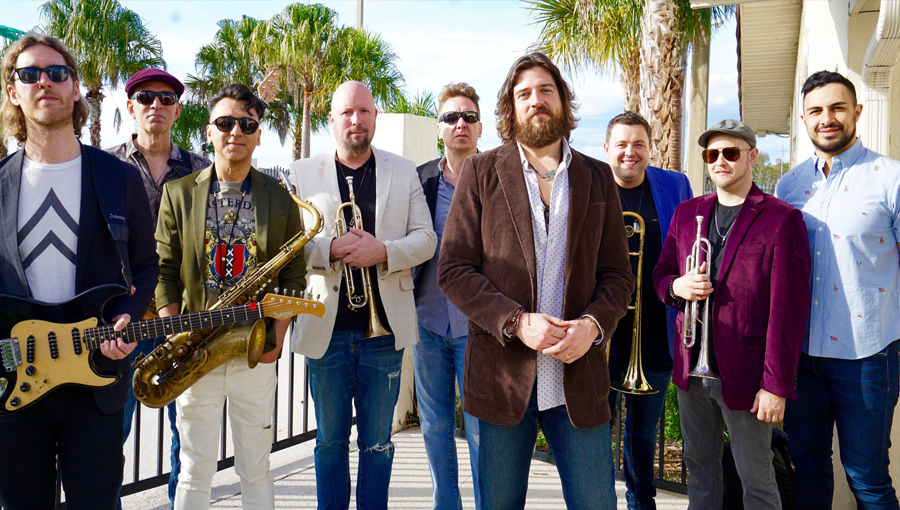 Sunday, March 13 at 7:30 PM
L3 Harris Theatre at the King Center
Blood, Sweat & Tears is not the first band to ever use a horn section, but they are the first to fuse it with rock, jazz, and some blues thrown in for good measure. From the first ensemble in the late sixties practicing in a loft on Bleeker Street in New York’s Greenwich Village and having crowds clapping on the street below between songs, founding member and drummer Bobby Colomby knew they were on the right course. Since then, the band has never stopped touring for over 50 years. The band’s second album, self-named “Blood Sweat & Tears”, rose to the top of the charts for 7 weeks and yielding 3 top 5 singles. The album received the Grammy Award for “Album of the Year” in 1970, beating out the Beatles’ “Abby Road”. That album went on to earn quadruple Platinum status with sales well over 4 million units.

Blood Sweat & Tears has had many configurations over its 50 plus years of touring but one thing for sure is that the music is timeless, and fans are never disappointed. To this day Bobby Colomby (founding member) still hand picks the musicians for every tour. Colomby still uses the same theory: “Great Musicians Make Great Music”.